Mikael Gregorsky and I Leave London Well Before Dawn to Take a Road Trip to Have Pints in East Coker and Somerset, and Stop Off at Stonehenge Along the Way

Mikael and Charles relax with a Pint in the Inn at East Coker.

At a frosty-fingered dawn, photographer Mikael Gregorsky carries his 4×5 and tripod towards Stonehenge. A caravan of Druids can be seen camping in the distance. 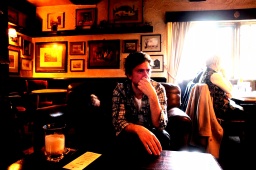 Professor Charles McGuire and photographer Mikael Gregorsky stop off for another pint at the Inn at Somerset.

As the sun begins rising above the frost covered horizon, photographer Mikael Gregorsky prepares to take his shot.

Todays photos of the day capture a few moments from a road trip that our own Charles McGuire joined by the photographer Mikael Gregorsky.  The two were on route to visit the graves of T.S. Eliot and T.E. Lawrence in Southwest England.  Be on the lookout in the coming days for photos and narrative about that trip.

This will be part of an upcoming series we will be doing on Stomping on the Terra that will chronicle the Professor’s “Heavy Dead Tour.” The tour essentially entails traveling to random places around the globe to visit the graves of his favorite authors–and the corresponding adventures that pop up along the way.

On this trip, Charles and Mikael arrived at Stonehenge before dawn.  According to Charles:  “There were actually Druids there when we arrived.  The sun yet hadn’t even come up. It was pretty amazing, honestly.  They were lined up in two or three caravans.  We spent about an hour talking to them.  They told us about the importance of the land and about some of the traditions of the Druid people.  It was interesting, but it was difficult for me to get Spinal Tap off of my mind.  You know…the Druids really do live there.  Although, from the looks of the specimens we encountered I’m not entirely sure that they do live well.  They were interesting people though for sure.”

After a proper chat with the local Druid community, Charles and Mikael approached the structure and took some photos.  The photos posted here of Mikael setting up and carrying his equipment were taken by Charles.  The photos of Charles drinking pints in the Inns were taken by Mikael.

Mikael Gregorsky is a Swedish born photographer based in London, UK.  (Note:  the above photos were taken by Charles McGuire and a local Sheriff.)  Please click here to see the Photography of Mikael Gregorsky. 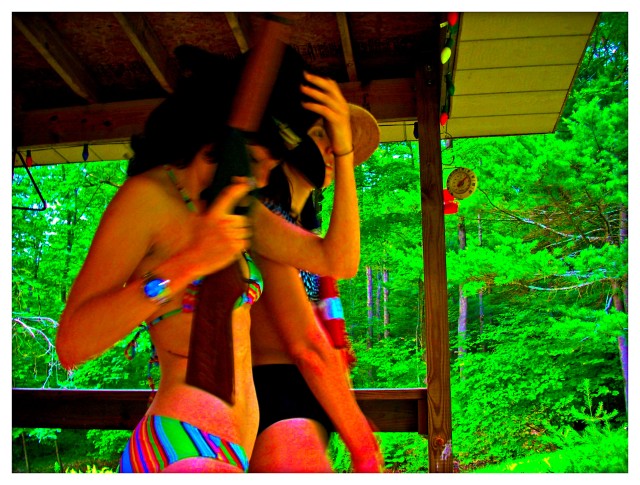